Peacemaking in medieval and modern Europe was a crucial step in the process of Western state-building. The historical-historiographic centrality of the theme of state-building and of the birth of the “nation state” in Europe have been largely questioned by historians. This recently led to some important changes in the way historians and scholars from other disciplines now look at the emergence of those national/sovereign polities, politically and territorially state-oriented, as well as at their diplomacies and diplomatic culture(s).

Indeed, many scholars are now working in New Diplomatic History, which should be more attentive to multiplicity and complexity, to borrowings and crossings, rather than in search of a somehow teleological progression to a “modern diplomacy”. This modern diplomacy’s very existence seems to fade away both before and after the accustomed cornerstone of Westphalia. Moreover, to understand why and how current EU nation-states are confronting strong trans-national forces and are rapidly losing their sovereign authority, we absolutely need a thorough understanding of the earliest formulations of its foundations in terms of words, key concepts, cultural and discursive strategies. The time is therefore ripe for a deeper comprehension of the grammar of politico-diplomatic and cultural patterns developed in Renaissance and modern Europe.

Starting from this point, Archives of Peace. Peacemaking and Peace Treaties in Medici Europe develops an interdisciplinary program which aims at emphasizing the diplomatic and cultural role of the Medici family, courts, and network in Renaissance and modern European politics. Scholars involved in the program will analyse and reveal the complexity of peacemaking in Medici Europe, that is, in a world of conflicts between inchoate powers where the previous cultural, political, religious, even emotional categories had been modified or completely changed. Medici Europe, then, was not only the European context in which the Medici ducal and grand-ducal power extended on Florence and Tuscany: it was also—and mostly—a geopolitical network in which the Medici cultural presence and politico-diplomatic activity proved essential (needless to recall here the thick tangle of interests and relations between the Medici presence in France, Spain and the Spanish Presidios, Italy, the Habsburg Empire, even the Ottoman courts). Therefore, Archives of Peace. Peacemaking and Peace Treaties in Medici Europe considers Medici Europe as a geopolitical agglomerate made of political bonds, cultural transfers, and material exchanges. The program’s goal is to pass from identifying many diplomatic facts to reconstruct a multi-layered phenomenon.

The archival dimension is congenital to this program. A section of the Florentine archives expressly devoted to peace does not exist, and this can suggest a precise conception of political power and action, but also a specific cultural imagination. What was the influence of peacemaking strategies and necessities on the arrangement and the management of the Medici archives? Was the situation preceding the measures of Pietro Leopoldo actually so chaotic, as Pampaloni described it, or other rules and procedures controlled the preservation of the sources about peace negotiations? For instance, we know about the creation, in 1569, of the Archivio dei contratti, but what is the cultural background that led to this and to other archival creations and adjustments? The archival turn in historical studies here mirrors not only political strategies but also of a cultural turn. Hence this program aims at revealing and highlighting the implications of the Medici’s European peacemaking activity on their archival politics. Besides, starting from the Florentine situation, this extensive study will carry out a first comprehensive analysis of the European archival condition of the peace treaties signed by the Medici, in order to show the ways in which the Medici power was considered by European powers.

In a “connected”/“global” scientific moment like ours, this program has the high potential to contribute to a wide range of disciplines whose interweaving has never been previously considered. This offers a comprehensive analysis of the peacemaking activity as a historical and cultural phenomenon.

Which was the nature of changes in diplomacy and negotiation in the passage from republic to princedom? How the Medici princes established connections with other European princes to preserve important geopolitical equilibria? Was this an exclusive top-down movement or it implied a bottom-up process as well, also fed by a certain public opinion? What were, then, the dynamics of peacemaking in Medici Europe? Was there a Medici negotiation way (which also meant, of course, a way to managing conflicts), such as a set of discursive strategies that transformed ideas and notions into political actions and practices? And by which political means and cultural paths, from an initial articulated and proactive diplomatic policy, could the Medici government arrive to a situation in which—as Robiony noticed—“la regola fondamentale del governo toscano sotto Cosimo III era quella di restare in buoni rapporti con tutte le grandi Potenze” [staying neutral]? There is no doubt here that the evolution of the grand-ducal peacemaking activity and treaty policy within Medici Europe led to the dramatic occurrence of a “foreigner” ruling Tuscany, at the death of Gian Gastone. This change, inevitably, had strong repercussions on the reorganization of the archival situation, as the Lorena archival activity shows.

In a historiographic climate where the “conflict studies” has often been prevailing, this program aims to reverse the traditional perspectives, challenge the Grand narrative about early modern European state-building, and offer a ground-breaking approach to those crucial treaties that peppered the European contemporary political, ideological, and intellectual life, looking at them as distinctive textual systems and a cultural products. 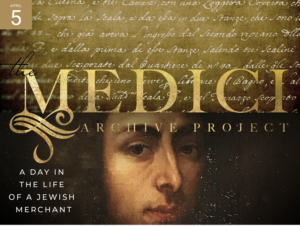 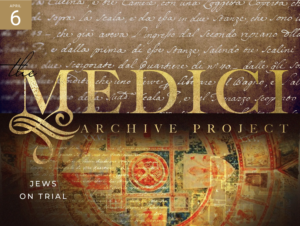 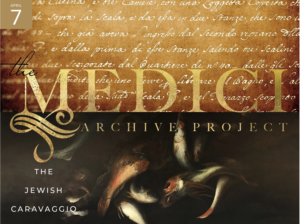